Ear infections are incredibly common. Most people will have one at some point during their lifetime – usually in early childhood.

And while it’s much less common, it’s possible for adults to get ear infections, too.

Kristin Downs, APRN, explains the types of ear infections, as well as their symptoms and treatments. Kristin often treats common ailments like ear infections in her role at OSF OnCall Urgent Care.

There are two main types of ear infection, depending on whether the infection is in the inner ear or outer ear.

An inner ear infection happens when fluid and inflammation build up in the middle ear, behind the ear drum.

An adult with an inner ear infection might experience: 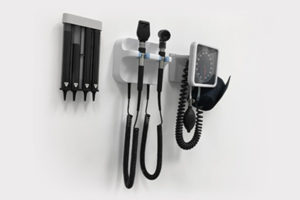 Sometimes, the eardrum (also called the tympanic membrane) ruptures. This usually causes less pain and some bleeding from the ear.

“If that happens, protect the ear from wind and do not submerge head underwater for about six weeks,” Kristin said.

Symptoms of an outer ear infection might be slightly different:

Find urgent care near you

Ear infections are sometimes treated with antibiotics. However, your provider might recommend some over-the-counter treatments to help relieve your symptoms.

“Antihistamines, such as Claritin, or a nasal spray like Flonase can open up the airways and thin the mucus, making it easier to expel,” Kristin said about inner ear infections.

For outer ear infections, treatment is focused on keeping the ear canal clean and controlling swelling and pain. Antibiotics for this type of infection may be oral medications or ear drops.