Jessy Nelson stops by his grandparents’ home most mornings to make sure they are doing well. Last October, Jessy and his grandparents had just finished drinking coffee when his 92-year-old grandfather, James, developed alarming symptoms. His head started drooping toward the table, and he didn’t answer when Jessy tried to get his attention.

“I pulled his head up, and he stared off in the distance,” Jessy said. “His eyes weren’t blinking, and he could only mumble.” 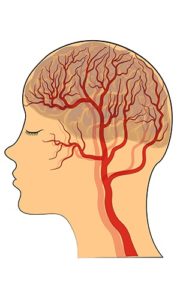 Most strokes occur when a blood clot disrupts blood flow to the brain. Prompt treatment to restore blood flow and prevent serious disability or death is vital. Dissolving and/or removing the clot as quickly and safely as possible is the hallmark of quality stroke care.

To earn the designation as a Comprehensive Stroke Center, OSF Saint Anthony put protocols in place to cut the amount of time it takes for patients to receive lifesaving care. They also had to demonstrate that they successfully provide the latest stroke treatments, including intravenous administration of a clot-busting medication, called tPA, and interventional procedures to remove blood clots.

“We worked hard to make sure that patients receive the same level of care we would want our family members to receive,” said Ayman Gheith, MD, a vascular and interventional neurologist and neurocritical care specialist at  OSF Saint Anthony.

To provide that level of care, either Dr. Gheith or his partner, Akram Shhadeh, MD, is on call 24/7. That means that an experienced stroke specialist is the first point of contact for first responders and hospitals throughout the region who have a patient with neurological symptoms.

“We can advise them and are ready when patients arrive,” Dr. Gheith said. “We take patients to get a CT scan right away and make important decisions based on the imaging results. If patients need a procedure, we take them to the procedure room, where our team is standing by.” 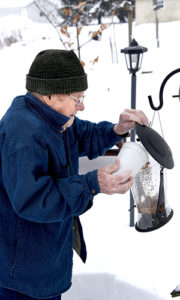 James was having a major stroke when Dr. Gheith advised doctors at OSF Saint Paul to administer intravenous tPA and use OSF Life Flight to transport him to OSF Saint Anthony. Dr. Gheith was waiting when James arrived, and a short time later, he performed an emergency thrombectomy to remove the blood clot causing James’ stroke.

“Everyone did a great job and took good care of me,” James said.

Jessy said his grandfather was lucky. “He was able to come home four days after his stroke and is doing the same things he enjoyed before the stroke.”

The right care at the right time

Dr. Gheith said James’ remarkable recovery shows how important it is to get care at a Comprehensive Stroke Center that has been evaluated and certified by an independent, trusted third party. It also demonstrates how important it is for people to call 9-1-1 right away if they suspect someone is having a stroke.

“The brain loses 2 million neurons every minute it is deprived of blood,” Dr. Gheith said. “That’s 10 million neurons in five minutes. That is enough time for someone to lose their ability to understand or lose their memory of a grandchild. We need to see patients right away to give them the best chance of having a full, meaningful recovery.”

One in three Americans doesn’t know the signs of a stroke. Learn what stroke symptoms to look for here.