Faith in Action at OSF HealthCare Sacred Heart Medical Center in Danville, Illinois, has identified food insecurity among seniors as a focus of its community outreach.

Faith in Action provides help to seniors 55 years and up living in Vermilion County. The network of volunteers provide practical, emotional and spiritual assistance for seniors so they can live a safe and independent lifestyle.

One program offered by Faith in Action is Garden Share, which allows senior citizens over age 55 to receive free produce once a week during the growing season. 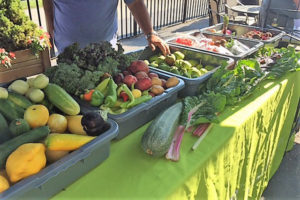 “We started the program out of an awareness that a lot of seniors weren’t eating healthy,” said Johnson Flanagan, coordinator of Faith in Action. “It really started as a way to try and help this particular population with food insecurity. Fresh food, in general, seems expensive and a lot of seniors on fixed incomes can’t stretch their budgets to buy fresh food.”

Food insecurity among adults age 60 and older is a growing problem in the United States.

Nearly 5.5 million adults 60 and older in 2017 were food insecure — meaning that they often went hungry because they could not afford food — according to a study released in May 2019 by Feeding America, a hunger-relief organization that operates a network of food banks, food pantries and meal programs nationwide.

And the issue isn’t just among seniors who are poor, the report’s co-author said.

The study was based on data gathered from the Census Bureau’s Current Population Survey. That poll was conducted in December 2017, and the data was released last September, making it the most current data available on food insecurity. This is the third year Feeding America has published the “State of Senior Hunger in America” report. This year’s release of the study also included the introduction of a new report: “Hunger Among Adults Age 50-59 in 2017.” Those findings showed that in 2017, an estimated 11.3%, or 4.8 million, older adults age 50-59 are food insecure.

According to the AARP, older adults who are food insecure are 50 percent more likely to have diabetes and 60 percent are more likely to have congestive heart failure. The AARP reports that seniors face a health care bill of more than $130 billion every year due to medical issues stemming from senior hunger. 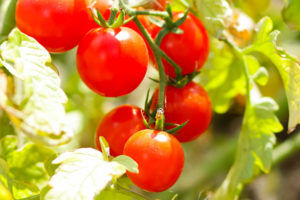 The only criteria for participants in the Garden Share program is that they must be age 55 or older.

“All they have to do is show up during distribution times and take home a bag of fresh produce,” Flanagan said.

Last year, just under 200 people took advantage of the program with distribution at two locations. In Danville alone, there was more than 2,700 pounds of produce donated for distribution.

This year, the distribution dates are every Wednesday beginning July 24 and running through October 9. The locations and times are at the CRIS Healthy-Aging Center, 309 N. Franklin Ave., in Danville, from noon to 1 p.m., and at the Multi-Agency Service Center, 206 S. 1st Ave., in Hoopeston, from 2-3 p.m.

Donations are also accepted at those same locations. Both locations have refrigerators where the excess produce can be stored until the next distribution day.

“Our donations come from local famers and people who grow gardens and just have too much produce for themselves,” Flanagan said. “Each Wednesday, our volunteers arrive to sort through the produce and put it out. The participants are given re-useable bags at the beginning of the season and they just bring the bag back each week and go through the line. We load them up with whatever we have to last them until the next distribution day.” 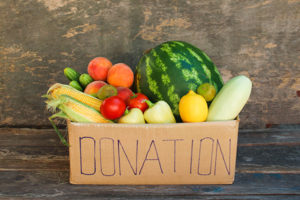 In addition, each distribution day often features a presentation by a University of Illinois Extension Master Gardener from the area who gives tips on preparing the produce.

“Our donations vary – last year, one of the ladies who showed up to get produce brought in mint that grows around her home to share with others,” Flanagan said. “The feedback we get is amazing – they really love it. One gentleman last year said, ‘I haven’t had a fresh tomato in like five years.’

We gave him an extra tomato because that’s just so hard to imagine.”

No donation of produce is too big or too small, he said.

“Our donors really love the program as well. A lot of time they’ve grown so much it’s just going to go to waste,” Flanagan said. “This way, it’s going to someone who is incredibly thankful and will actually use it.

“This is probably one of my favorite programs we do,” he said. “It’s amazing how thankful everyone is and it’s just great knowing you’re having a direct impact on improving someone’s life.”

Anyone interested in donating to the Garden Share program or volunteering can call Faith in Action at (217) 431-8489.