In 2011, her 23-year-old son, Al, was struck and killed by a car. It felt like God had reached into her chest and ripped out her heart. While her husband was on the phone with police, she remembers thinking that whoever was screaming needed to stop so he could hear what the officer said.

Then she realized she was the one screaming. 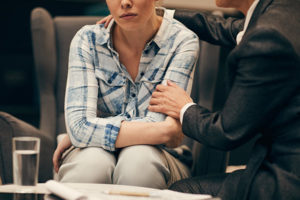 Just a few years later, in November 2014, her husband, Dana, was working in a snow storm when his delivery truck slid on a patch of ice and was struck by a train. In keeping with his advanced directive, she made the call to take him off life support after he spent 13 days in a coma with no hope of recovering his faculties. The trauma drove her into serious depression with suicidal thoughts.

Linda, 56, of Norway, Michigan, has faced the toughest challenges a wife and mother could face and has come through it wiser and stronger thanks to her faith, and with the help of a support group she now helps facilitate, using her experience to help others deal with their grief, too.

“If God put me through it and I survived, I need to share it to help others on their journey,” Linda said. “That’s part of my purpose now.”

“When you’re going through grief by yourself, and you’re not getting input by anyone else who is grieving, you start to think you’re losing your mind,” Linda said. “Your emotions are so jumbled and twisted, you forget so much. You start to think something is really wrong. You have no attention span.

“To hear from other people that are experiencing the same thing and find out it’s a normal experience to have, it helps you to cope with it a little bit better.”

Get help dealing with grief

> Find a support group near you

Linda began going to the Grief Support Group in November 2012, about a year and a half after she lost her son. She feared she would be walking into a room of people wallowing in self-pity. The reality was very different.

The group meets from 1-3 p.m. the second Thursday of every month inside the chapel of the Dickinson County Memorial Hospital in Iron Mountain. It’s free and there is no pressure to share anything, if you don’t want to.

“It wasn’t easy, walking into a room with people I did not know,” Linda said. “I knew only that they all had suffered a loss that broke their heart. Going to that group changed my life.

“Grief Support Group was not what I thought it would be. It was not a room of people sitting around crying ‘woe is me.’ It was a group of people that understood loss and all the things I was going through. You learn from everyone there. If you don’t feel up to talking, that is fine. Sit and listen. Learn that you are not alone. Learn things that may help you on your journey.

“Someone would share a story about their loved one, and before we knew it we were laughing. Can you imagine that? Laughter in grief. There are tears, too, there is no avoiding that. But, laughter is healing. Sharing helps lighten the load.”

In addition to the Grief Support Group, there is also a monthly Grief Support Luncheon, which meets from 11:30 a.m. to 1 p.m. every third Thursday of the month at Maple Creek Restaurant in Iron Mountain’s Midtown Mall. Rather than focusing on sharing stories and helping each other through grief, the luncheon is more about getting together to share a meal and talk about things that don’t carry so much emotional weight.

“It’s so hard when you’re grieving to get back into social activities,” Linda said. “Having a time of normal talk and sharing lunch, lowering that mask and feeling normal for a time is a wonderful opportunity, and it helps us be able to venture out with our friends and family on a little easier basis. We can let our guard down a little easier.

“The lunch was a chance for pleasant conversation with people who understood how hard it is to go out in public again. It gave me an hour or so of badly needed normalcy.”

Finding the grief group not only helped Linda process her grief, it helped her make personal connections that may have saved her life during her darkest hours.

“A year after Dana died, I went in to a major depression and into suicidal thoughts,” she said. “They noticed at grief group. Mental health can be hard to get into around here, but it got to the point where I had an appointment with a psychiatrist. If I didn’t make that doctor’s appointment, they were going to throw me in the trunk of the car and take me themselves.

“They knew something was wrong because I was unable to share my words during that period, and I was usually very vocal during meetings.”

After seeking out help, Linda got herself healthy and decided that since she was always going to grief group, she might as well become an official OSF Hospice volunteer to help facilitate the Grief Support Group and the Grief Support Luncheon. That was in 2016.

She believes surviving such a challenging period of her life has made her even more prepared to help others dealing with grief. 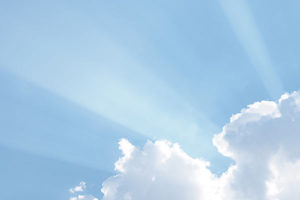 “God put me on that path so I could have that understanding for people who lost someone to suicide – so I can have better empathy for them,” Linda said. “Hopefully I’m able to help those who suffered a loss to suicide understand that it is an illness, and there should be no shame or stigma attached to it.”

If experience serves as the best preparation, then perhaps no one is more prepared to help others deal with grief than Linda. She seemingly has experienced it all, but she continues learning from the people who share their stories at the support group. It is a symbiotic relationship between group and attendee, and Linda hopes her experience can serve as a gift of insight and comfort to people struggling with loss.

“It’s important to remember that just like love never dies, the relationship you have with your lost loved ones never dies, either,” Linda said. “You can keep those relationships alive by including them in the things you do. I still talk to my guys constantly and share with them what’s going on in my life.

“Grief is a journey that you have to take yourself. You have to get through it, but you don’t have to go through it alone. It’s hard to walk into a group of people you don’t know and share your innermost pain and be vulnerable, but it can be so healing and so helpful to yourself and others in the group. That’s why I continue to go to grief group. I was on my healing journey, but I knew my sharing things could help others, and they were sharing things that were helping me.

“Grief changes throughout your life. It softens as time goes by and you accept the reality of life as it is now. There are moments where grief is much lighter and out of the blue there can be moments where you’re getting slammed up against the rocks by a wave of grief. It never goes away, but you learn to accept it as part of yourself, kind of like that achy knee that hurts when the weather is bad. You know it’s there and you learn to live with it.”

She likes to tell people, “Grief is the hardest work you will ever do.”