When you inhale, air travels into the lungs through breathing tubes, called bronchi and bronchioles.

Air sacs at the end of the bronchioles are called alveoli, which expand and deflate as you breathe. Airflow is restricted when the tubes or sacs become inflamed, clogged with mucus or collapse. Damage to the alveoli cannot be repaired.

COPD is the No. 3 cause of death in U.S. adults. There is no cure for COPD, and it tends to worsen over time.

The most common types of COPD are chronic bronchitis and emphysema. A person can be diagnosed with one or both.

Chronic asthma with fixed, or nonreversible, obstruction of the airways can be considered COPD; most asthma conditions, however, are not.

Because the symptoms of asthma and COPD mimic each other, tests are performed to determine the specific disease.

Symptoms can vary for each person, depending on the type of COPD.

Because symptoms of COPD often mirror other lung conditions or health problems, it is important to see your health care provider for a diagnosis.

Smoking is the primary cause of COPD, but non-smokers are not immune.

Other contributing factors include:

COPD is progressive in nature.

For the most part, it begins with mild symptoms. Frequently, a person can live for years with COPD before symptoms become severe.

Over time, and depending on the type of COPD, you may experience one or more of the following:

Bronchitis is inflammation of the breathing tubes (bronchi).

Acute bronchitis generally lasts 10-14 days, often is caused by a virus and is contagious.

Chronic bronchitis is a long-term condition, most often caused by smoking or environmental factors. It is not contagious.

However, you can have both forms at the same time and pass acute bronchitis to other people. 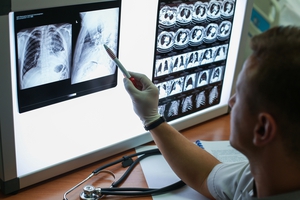 To be classified as chronic bronchitis:

Emphysema is a chronic lung condition that gradually thins and destroys the air sacs (alveoli). It primarily affects people who are middle-age or older.

As the air sacs are destroyed, the oxygen you inhale no longer gets exchanged for carbon dioxide. The surface area of your lungs decreases, and the air you inhale becomes trapped.

Your lungs become overinflated, leaving less space for fresh oxygen and resulting in shortness of breath. People with emphysema also have an increased risk of heart problems.

Emphysema occurs very slowly over time. You might not notice the symptoms for many years.

If you start to experience shortness of breath during normal daily activities, such as climbing stairs, see your health care provider.

Other early symptoms may include:

The main cause is smoking, but exposure to air pollution, chemical fumes, dust and other substances are factors. A rare, inherited form of the disease is alpha-1 antitrypsin deficiency (AAT deficiency).

This is a condition where the body lacks the protein necessary to adequately protect the lungs.

If you or a family member has experienced serious lung problems, especially at a young age, you should be tested for AAT deficiency.

Your health care provider will take a complete health history and do a physical exam.

They also may order pulmonary function tests, which help measure the lungs’ ability to exchange oxygen and carbon dioxide.

These tests may include:

OSF HealthCare is unique in its capacity to offer bronchoscopic lung volume reduction as a treatment for COPD.

We are the only provider of this procedure in downstate Illinois. Bronchoscopic lung volume reduction is not available in the upper Midwest outside the state of Illinois. 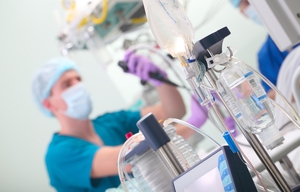 This is a minimally invasive, non-surgical, inpatient procedure in which one-way valves are inserted in the airways.

These valves help push out carbon dioxide and mucus and prevent fresh oxygen from returning to be trapped in damaged segments of the lung. This improves the function of the remaining lung tissue, decreasing breathlessness and increasing your capacity to exercise.

You are under general anesthesia during the procedure.

The procedure takes about 40 minutes to complete. You will remain in the hospital three days for observation.

To qualify for the procedure, you must:

Although there is no cure for COPD, symptoms can be managed through medication and lifestyle changes.

At OSF HealthCare, you will work with a network of board-certified health care providers committed to helping you determine what treatment plan will be most beneficial.

Our goal is to help you control the symptoms and prevent your COPD from getting worse, so you can live more comfortably. 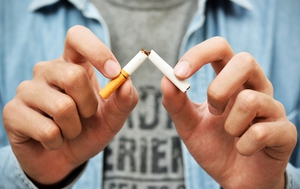 If you are a smoker, the first step toward treating your disease will be to stop smoking of any kind, including vaping and e-cigarettes. Smoking cessation programs are available to help you stop.

You also should avoid secondhand smoke and other lung irritants.

We do not perform lung transplants, but OSF HealthCare works closely with transplant centers in Chicago and St. Louis.

Additional treatments will vary according to your specific diagnosis, but may include: