Curious about your diabetes risk?

Diabetes is a life-long disease that requires a lot of responsibility to manage it.

Dr. Jones said people should take the opportunity to have a conversation with their primary care provider if there are any concerns that diabetes may be an issue.

“While there is still no cure for diabetes, there is good news; Type 2 diabetes can be prevented or delayed,” he said.

Diabetes is a metabolic disorder where the body doesn’t make enough insulin or where the body is unable to use the insulin it makes. The body needs the hormone insulin to change blood sugar (glucose) into energy. Without insulin, too much glucose collects in the blood. Diabetes may also be a result of other conditions including genetic syndromes, chemicals, medicines, pancreatitis, infections and viruses.

The number of diabetes cases is increasing at an alarming rate in the United States. According to the Centers for Disease Control and Prevention, cases of diagnosed diabetes is estimated at 30.3 million – 9.4% of the U.S. population. It is the seventh leading cause of death. 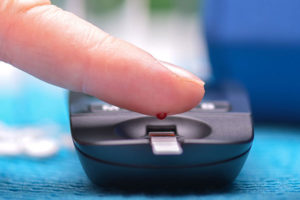 There are four types of diabetes: Type 1 (juvenile diabetes when diagnosed in children or teenagers), Type 2, gestational and Type 1.5 (latent autoimmune diabetes in adults, LADA). All four are metabolic disorders that affect the way the body uses (metabolizes) food to make glucose. Glucose is the main source of fuel for the body.

When it comes to treatment of any type of diabetes, Dr. Jones said “individualized care is becoming more important in treating the disease.”

Type 1 diabetes is an autoimmune disease where the body’s immune system destroys the cells in the pancreas that make insulin. This means the body has no or only a small amount of insulin. People with Type 1 diabetes must take insulin every day in order to live. Type 1 is usually detected through lab work.

“Individuals diagnosed with Type 1 have increased glucose in their blood and urine. Sometime they have abdominal pain,” Dr. Jones said. “There are no none medications or vaccines to prevent Type 1. There are genetic testing options being developed.”

Type 2 diabetes, or adult onset diabetes, happens when the body cannot make enough insulin or is not able to use it properly.

“Symptoms include weight loss, increased urination and increased appetite,” Dr. Jones said. “It may be controlled with diet, exercise and weight loss, or the individual may need oral medicines or insulin injections. 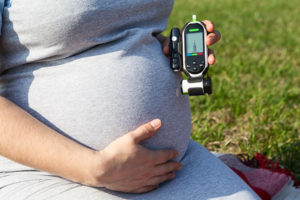 Type 1.5, or LADA, is a lesser-known type, according to the American Diabetes Association’s research journal, Diabetes. It often acts like Type 2 diabetes, which leads to misdiagnosis. It is a slow-progressing form of autoimmune diabetes that occurs when the pancreas stops producing adequate insulin. People diagnosed with LADA are typically over age 30 when their symptoms develop.

“Patients with LADA can manage it by controlling their glucose levels through diet, exercise and likely oral medications,” Dr. Jones said. “Eventually, they will need insulin injections because the body gradually loses its ability to produce insulin.”

Who is at risk?

According to the National Institute of Diabetes and Digestive and Kidney Diseases, people over age 45 should be tested for pre-diabetes or diabetes. If the first blood glucose test is normal, they should be retested every three years.

People under age 45 should consider getting tested for pre-diabetes or diabetes if they have a body mass index (BMI) of greater than or equal to 25 and have one or more of the following risk factors:

“Awareness and the subsequent action of lifestyle changes are the two keys to prevent diabetes. The most common long-term complication of diabetes is cardiovascular disease, which can lead to heart attack, chest pain, stroke and even death,” Dr. Jones said. “People with Type 2 diabetes have twice the risk of heart disease as those without diabetes.

“My goal is to help my patients by guiding them to make the right decision,” Dr. Jones said. “I want to keep them as healthy as possible.”