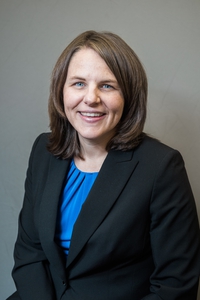 “Prior to moving here, my family and I vacationed in the Upper Peninsula for many years and had fallen in love with the area. When the opportunity presented itself, we jumped at the chance to make the move. We consider it a tremendous blessing to live here.”

A native of Canton, Ill., she received her nursing diploma from Graham Hospital School of Nursing in Canton, IL and a Master of Science in Nursing from Walden University.

In 2015, Kelly moved into the vice president of operations role. Her experience working in clinical care and performance improvement helped her develop an in-depth understanding of many aspects of the healthcare delivery system. This knowledge contributed to her ability to plan and effectively execute on key systems and processes and made for a successful transition into the position. In January 2022, Kelly made another successful transition, assuming the role of interim president.

“I am always ready to take on new challenges and have been so fortunate throughout my career with OSF to grow and take on new positions. I truly consider it a privilege to serve with the Sisters in providing healthcare in our community.”

Kelly lives in Gladstone with her husband, Brett, daughter, Olivia, and two dogs. When not working, she enjoys engaging in outdoor recreations with her family including hiking, backpacking, kayaking, biking and snowshoeing. Kelly is also active in her local church and enjoys volunteering at various fundraising events and local charities. 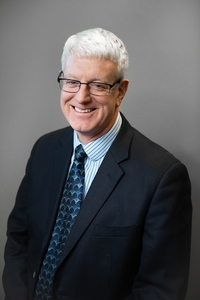 William Hook, MD Dr. William Hook grew up in northern California and central North Dakota. He received a Bachelor of Science in Mechanical Engineering and Biological Science from Stanford University in Palo Alto, CA. Upon graduation, he was commissioned in the United States Air Force and served as a B-52 pilot, aircraft commander, flight commander and instructor pilot. He was later accepted into the Health Professions Scholarship Program to attend medical school.

He went on to receive his Doctor of Medicine degree from the University of Michigan Medical School in Ann Arbor, MI. Dr. Hook completed his residency in family medicine and served as chief resident at U.P. Health System - Marquette, while in the Air Force Reserve. After residency, he was recommissioned into the Air Force Medical Corps, and served in many leadership roles, including chief of medical staff at Ramstein Air Force Base in Germany, where he had oversight of more than 100 medical and dental providers.

Dr. Hook began serving on the OSF St. Francis Hospital Medical Staff in 2012, when he and his family settled in the Upper Peninsula. He became an employed physician of OSF HealthCare in March 2019, and assumed the director of medical services position. By October 2019, Dr. Hook also assumed the director of physician practices role. He continues to practice family medicine at OSF Medical Group in addition to his administrative roles.

“An offer to participate in OSF HealthCare’s Mission was simply irresistible. I’m happy to be impacting the health of our community members in a very positive manner and working with colleagues who share similar views on the approaches we should take. I love the closeness of this local community. Even with my time here, it seems every day, I learn of amazing connections between patients' families, friends, jobs and businesses and even with my own relatives. I call that the joys of practicing medicine in a small town.”

Dr. Hook resides in Escanaba with his wife, Debbie. Together, they have eight children. They enjoy spending time outdoors, participating in various hobbies such as cross country skiing, downhill skiing, ice skating, kayaking, camping and other activities they can enjoy as a family. 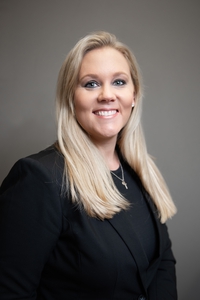 Lacey Crabb, CNO Lacey was born and raised in the Upper Peninsula and graduated from Marquette High School. She earned her Bachelor of Science in nursing from Northern Michigan University in Marquette, Michigan, where she went on to complete her Master of Science in Nursing.

“Originally I planned to begin my career in a rural hospital and then move on to something larger. I quickly realized my previous notion that bigger means better was just not reality. I fell in love with rural health care and knew I was meant to stay at OSF St. Francis.”

With strong leadership skills and a positive rapport with nursing staff at OSF, it was only natural for Lacey to continue serving OSF patients in a new capacity. “I am proud to serve this community and OSF HealthCare as the Chief Nursing Officer and Vice President of Patient Care Services. I have the utmost respect for the nurses and care teams I get to collaborate with each day and am passionate about living out our Mission together for the benefit of our patients.”

Lacey resides in Escanaba with her husband Jason Tasson. They enjoy traveling in the winter and spending time in the summers at their camp with family. Lacey enjoys biking, hiking, paddle boarding and cross country skiing. 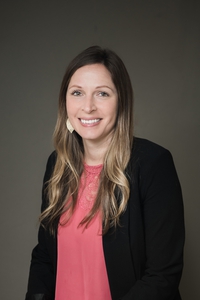 Kayla Weise As director of entity finance, Kayla is responsible for day-to-day leadership, influence and support to the people and processes that drive business performance for the Escanaba region. She provides leadership for the deployment of Ministry strategies for affordability and sustainability as well as leverages Ministry financial planning and analysis, health analytics and other resources to lead and perform analysis and activities that are necessary to support OSF St. Francis Hospital & Medical Group leaders in achieving performance targets.

Kayla joined OSF from Munson HealthCare in Traverse City where she worked most recently in Clinical and Business Intelligence (CBI) as a financial analytics program manager. She has also held multilevel roles as a business intelligence analyst. Prior to beginning her career at Munson Healthcare, Kayla was a Mission Partner at OSF Home Care Services for four years, in which she held roles as a senior accountant and later as a financial analyst. Leading up to her time at OSF HealthCare, Kayla worked in various accounting roles after graduating from Saginaw Valley State University Center with a bachelor degree in business administration.

“I like that my job is never boring. With new rules and regulations, the health care environment is constantly changing.”

Kayla, her husband and three children are proud to make Escanaba home. 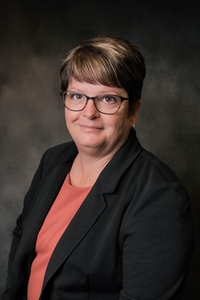 Michelle Miron Michelle returned to OSF in June 2021 with a 24 year history with the organization. She began as an LPN in 1998, became an RN in 1995 and a clinical supervisor in the Ambulatory Care Unit in 2001 before assuming the position of patient care manager for the unit.

She went on to serve as the director of nursing at Grandview Hospital (now Aspirus) in Ironwood from 2012 to 2014. Most recently she served as the infection prevention specialist for the past two years and prior to that was the manager of the Emergency Department and Convenience Care Clinic for five years at Dickinson County Healthcare System.

Michelle's longevity in health care as well as diverse work and leadership experience make her well suited for her current position. She is responsible for the operational and administrative oversight of the OSF St. Francis Medical Group practices.

“I enjoy working with clinicians to solve challenges which improve the care of our patients and the community we serve. It makes it all the more special to do this here in this community.”