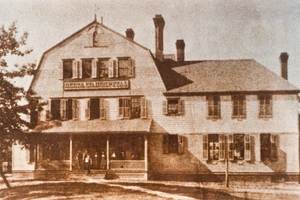 The mayor and the county physician approached Father Eugene Butterman, then pastor of St. Joseph’s Church in Escanaba, to obtain nuns for the nursing staff.

In an agreement signed February 12, 1884, a group of Sisters from the Third Order of Saint Francis in Peoria, Ill., agreed to conduct the hospital and be paid as nurses by the city of Escanaba.

The average daily charge per patient was 75 cents; about $6 per month. Payment was often in the form of eggs, meat and coffee. 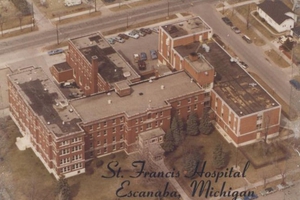 The hospital was damaged by fire in 1889 and partially destroyed by another in 1926. The people of Escanaba came to the Sisters’ aid immediately to help rebuild a new facility.

The new hospital included two wings, with an addition of needed patient rooms and a convent for the Sisters. A dedication Mass in 1927 drew 3,000 people.

A Vital Part of the Community 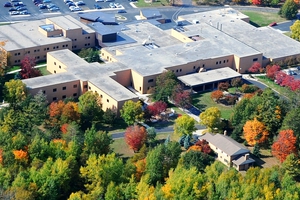 With more than 100 physicians, physician assistants and nurse practitioners on staff, we offer a wide variety of primary care and specialty services.

We invite you to learn more about our history, services and commitment to the community here on our website.