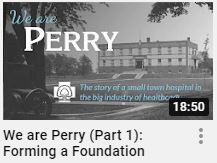 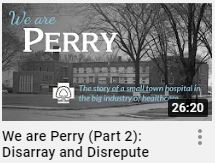 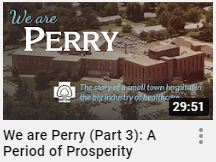 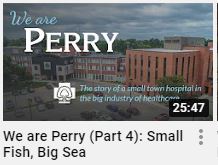 Like the rest of the United States, Frontier Medicine was practiced exclusively in this area prior to the first settlers arriving. This practice consisted largely of home remedies and traveling medicine men who periodically would visit after advertising their arrival, their qualifications, their medical talents, magic potions and successes – they would even guarantee good health.

In the mid-nineteenth century qualified physicians began migrating to Princeton and the surrounding areas attracted by population expansion, religious affiliation and development of industry from as far away as England, Scotland and Ireland.  By the end of the 1800s, the influx of doctors to the county led to the Bureau County Medical Society being chartered in 1893, with 40 physicians as members. 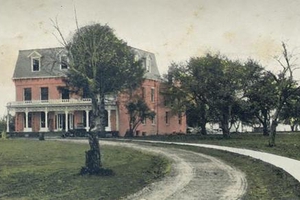 In 1903, the first hospital was opened in Princeton by two brothers, Drs. L.D. Hickman and H.V. Hickman, both osteopathic physicians who obtained a loan to purchase a home on Park Avenue East. Their interests were mainly in x-ray and surgery.  Although they had purchased updated, expensive equipment to treat their osteopathic patients, due to personal illness, financial problems and lack of support, the brothers closed their hospital doors after just one year of operation.

Two years later in 1905, the institution was purchased and operated by a physician named Dr. Blackburn who opened it as a private hospital which he successfully ran for three years.

After Dr. Blackburn, the hospital was then purchased and ran privately by Miss Cox for two more years until a smallpox epidemic broke out, resulting in the death of two patients and the closing of the facility once again. 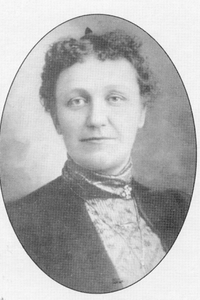 Although Julia Rackley Perry of Malden, Illinois, suffered from illness for several years and required two surgeries prior to her failing health, her death on December 29, 1913, was peaceful, yet unexpected.

Born June 7, 1858, to George and Calesta Rackley, Julia married Jesse A. Perry in October of 1877. They had one child, George Nathan, who died at the age of nine. Julia Rackley Perry was devoted to her home, a lover of music, active in her churches and had many friends.

In her later years, she became fascinated with the “immortality of the soul” and arduously searched scriptures for light upon life beyond death. It was the religious side of her character and her desire to give to others that provided the spirit in which she showed through her will.

She left a will that provided $25,000 to be held in trust and administered by Mabel S. Priestly, Hubert A. Clark and Cairo A. Trimble with the income used for the benefit and assistance of worthy poor people in Bureau County, Illinois.  After the passing of Jesse Perry in 1915, the trust increased to more than $50,000.

Julia’s  will included a provision that if, within five years after her death, either the trustees or the City of Princeton should make plans for the construction or endowment of a public supported hospital in Princeton, the entirety of her funds should be used for that purpose.

The Julia Rackley Perry Memorial Hospital was officially founded on May 29, 1916, when an ordinance was passed by the City Council for the establishment and maintenance of a public hospital in the City of Princeton. Her will also included a provision for the appointment of a Board of Directors. This action was taken after a great majority of the citizens of Princeton voted in favor of a tax-supported public hospital in April 1916. Two years before, the issue had been brought to the people but was defeated.

Room was made for 28 patients and five babies. Miss Kathryn Pond was superintendent, assisted by Miss Teresa Kinsella. An informal reception was held to acquaint the public with the hospital; however, much was still needed to make it complete.  When a request went out to the community for assistance, people responded with everything from furniture to live chickens to help out.

Neddy Nedved became the first baby born at Perry, and records show that the hospital had 32 admissions within the first two weeks of opening. Additional nurses were added to the staff. Credit for the success of the hospital was given to Miss Pond for her hard work and wonderful personality.

The operating room and x-ray department had the latest equipment. However, more funds were badly needed several months after the opening, prompting a door-to-door fund drive headed by B.M. Gibbs. Simultaneously, W.O. Stevens gave a day’s receipts from the Apollo Theatre. A total of $3,306.77 was raised between the two efforts. Valuable aid was given from the Woman’s Auxiliary. The Auxiliary work included mending and making curtains, bed linens, towels, table linen, gowns and all related supplies. They met each week with each church sending workers. Success for this project was largely credited to Mrs. Florence Perry and Mrs. W.E. Sapp.

On December 23, 1920, the hospital was damaged to an extent of $1,500. The roof of the old building burned, as well as a few rooms. The superintendent and nurses handled the emergency, with quick-fire control from the Fire Department and without the patients even knowing until after the fire was extinguished, thus preventing panic. Insurance covered the loss, which was repaired by A. Omen.

At that time, patients were being brought in from all over the country for operations and treatment. Interest in the hospital was spurred greatly by Mrs. H.M. McKee, who wrote weekly articles about the hospital for publication in the local newspaper, the Republican. The hospital had become so crowded that it became necessary to occasionally put cots in the ends of the corridors to provide for the overflow. It was then the hospital board made the decision to erect a new addition.

A new east wing was added to the building and completed July 17, 1931, for $45,000. The top floor of the new wing was devoted entirely to a maternity unit that included an obstetrical room, a nursery and rooms for the mothers. The Kasbeer Junior Household Science Club, which had always taken a great interest in the nursery, sent linen and other gifts and gave $100 for new bassinets. The first floor was for patients, and the basement was made into badly needed nurses’ quarters. The 28-bed capacity was increased to 41 beds and 12 bassinets for babies.

In 1935 the Rotary Club of Princeton decorated and refurbished the reception room at the entrance of the hospital. Mrs. C.C. Barrett and Mrs. O.V. Shaffer are to be credited with decorating this much-used room. In 1937 a need for further expansion was identified, and a grant was secured from the Federal Government for $22,900, conditional upon raising the additional funds by the City to make a total of $50,000. A municipal bond issue of $13,000 was approved by voters of the City and the balance of $14,100 was raised from gifts and City funds.

In 1938, a west wing hospital addition was started. It included nine additional beds, new operating rooms, preparatory rooms, x-ray room, laboratory and other needed space. By October 1939 the entire project was completed and included sterilization equipment and surgical rooms; the conversion was made of the old original hospital building at the rear into the nurses’ quarters and kitchen.

The next 20 years proved crucial in the hospital’s development. Changes had to be made in order to keep up with the increasing demands of medical care.  In 1950 an extensive financial drive was conducted throughout the city and Bureau County. A total of over $300,000 was raised and these funds, together with many other special gifts which had been received by the hospital, made possible the remodeling of the center wing and the construction of an addition to the east wing, which was completed in 1954. This increased the capacity of the hospital to 66 beds, 16 bassinets and added new administrative offices, x-ray and laboratory facilities. 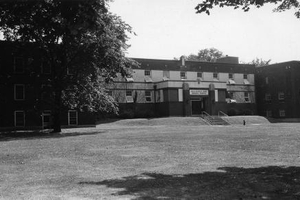 When yet another expansion needed to be done to keep up with rising needs and technology, contributions and pledges in a similar drive in 1959 totaled another $300,000. The funds were used for the construction of the new 44-bed wing. Construction was completed that same year and, in the process of construction, the original house that served as a hospital had to be razed.

The 1960s brought on an accelerated chain of events. In view of the growing need for improvements and additions, the need for a new facility became obvious. There were two phases of development. The building was completed in 1969. A basement and two floors were occupied in 1969.

The third floor of the east wing was completed in 1976 for a surgical inpatient unit, providing a total bed capacity of 105. The Medical Office Building completed during the summer of 1978 adjoins the hospital on the north side along Park Avenue East. The 1978 building’s cost was $3.2 million. The Department of Health, Education and Welfare granted $934,000 and a loan in the amount of $1,790,000 was received from the Farmers Home Administration of the Department of Agriculture. The balance was funded by contributions and money from the hospital’s operating fund. This facility now houses Medical Rehabilitation, Senior Behavioral Wellness, Physicians’ Offices, and the Hospital’s Administrative Office.

During the 1960s and ’70s, the hospital was enriched with an influx of new physicians from various fields of medicine. Perry now has over 100 physicians on staff with specialties that include: allergy and asthma, anesthesiology, cardiology, emergency medicine, family practice, gastroenterology, general surgery, gynecology, internal medicine, nephrology, oncology, ophthalmology, orthopedics, pathology, physiatry, podiatry, pulmonology, radiology and urology.

A $6.5 million multi-phase construction/renovation plan was completed in 2009, with the Emergency Department/Outpatient Services wing and the Outpatient Pre- and Post-Surgical area completed in May 2007. The plan concluded with a new hospital chapel, main lobby renovation and canopy over the visitor entrance.

Because of Perry’s Critical Access designation, a larger demographic base of patients, enhanced patient services and technology and cost containment, Perry is experiencing unprecedented growth and is looking to the future to be ready for an even larger trend in outpatient services. Through technology, advanced procedures and patients’ wishes for a return to home after treatment, it is expected that the future will continue to bring added growth in outpatient areas.

Throughout the years many dedicated community members, members of the boards of directors for the hospital and foundation, physicians, area businesses, organizations, volunteers, auxiliary, staff, administration and others have continued the legacy of helping Perry provide quality, compassionate healthcare services. Through their dedication, hard work, perseverance and a commitment to serving others, Perry Memorial Hospital is strong and growing! As Perry moves forward in growth, we thank all of those – past, present and future – for their support.