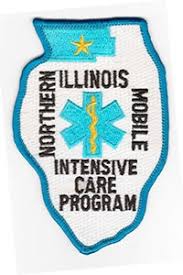 A network of ten hospitals and more than 50 ambulance services, rescue squads and fire departments, OSF Northern Illinois Emergency Medical Services (OSF NIEMS) serves a 10-county area in northern Illinois. As one of the largest Emergency Medical Systems in the states, OSF NIEMS oversees emergency medical services for approximately 10,000 patients a year. The program provides basic and continuing education at various emergency medical technician (EMT) levels to over 1,000 EMTs who serve in their home communities.

In 1977 the Sisters of the Third Order of Saint Francis expanded their commitment to the citizens of Rockford and the Northern Illinois – Southern Wisconsin Region by becoming the areas first recognized  Illinois Department of Public Health Resource Hospital.

The Resource Hospital committed to creating an Emergency Medical Services System which would bring Pre-Hospital agencies together and began a program to educate individuals in Pre-Hospital medicine.

The original agencies that anchored what was then called the Northern Illinois Mobile Intensive Care Program (NIMICP) were Harlem – Roscoe Fire Department and the City of Rockford Fire Department.

In 1978 the first Paramedic class graduated and the area would begin to provide Advanced Life Support in the Pre-Hospital setting.

Classes were offered on site at the hospital with the education provided by numerous registered nurses and physicians.  This evolved over the years and by the 1980’s the program had a full time instructor that coordinated and could educate in most areas.

Since the humble but energetic beginning the NIMICP grew quickly; there was limited interest by other hospitals to commit as eagerly as the Sister’s had to benefit all patients and the community.  The assumption of increased liabilities and the yet to be determined total financial impact on the hospital served to slow competitive growth.

After OSF SAMC created the template for Pre-Hospital success we have seen Rockford Memorial Hospital and Swedish American Hospital become certified by the Illinois Department of Public Health as Resource Hospitals and Emergency Medical Service Systems.

Learn About the EMS Star of Life

Since November of 2009 OSF NIEMS has renewed the Sisters initial commitment to our agencies and communities by creating a robust and comprehensive plan for the future.  All agencies and providers, big or small are valuable and deserve our attention and they are getting it.  We have recommitted to the region through expanded educational offerings, aggressively pursuing new relations.